Discover a welcoming ambience in the Dolomites

The Garni Laura is located in a quiet and sunny corner in the centre of Corvara near the pine forest. This place of rest and relaxation, family-run for more than 50 years, is rich in history and traditions. We pour our passion into creating hassle-free escapes in an air of calm and providing a pleasant, welcoming and friendly atmosphere filled with experiences you’ll cherish forever.
The perfect location with a distance of only 200 meters from the ski lifts Boe and Col Alt, the immediate proximity to the bus stop (150 m), to shops and restaurants as well as the private parking make it a fantastic place to stay, where you can avoid spending time in the car driving from spot to spot.
The rooms and the apartment ensure a comfortable stay and are equipped with bathroom and shower, TV/SAT and Wi-Fi.
The breakfast room, furnished in a traditional way, invites you to enjoy a delicious breakfast buffet. It is also a place where you can enjoy a little quiet reading a book or where you can stay together and share adventures of your life.
For lovers of winter sports we have a ski room, equipped with a ski boot dryer.
Our private garden is the perfect place to relax and to hang out in the shade of the beautiful trees. Here you can barbecue or simply spend pleasant moments in serenity by admiring the uniqueness of the landscape surrounded by the majestic peaks of the Sella, the Ciampac and the Sassongher.
We look forward to welcoming you and aim to provide a comfortable atmosphere.

Back to the roots

The first sledge lift that led to the Col Alt was built in 1938. In 1947 it was replaced by Italy's first chair lift that marked the beginning of the skiing era in Alta Badia. In the early 1960s Corvara was a small village where tourism started to spread. In 1959 a new, larger church was built and the first houses were designed to provide accommodation for tourists.

In the spring of 1962 Maria Anna Planatscher and Severino Zingerle began to build their house, which was named Villa Laura.With the beginning of the winter season the first tourists entered the small house, where they were offered a room with breakfast and a shared bathroom. Tourism boomed and in 1969 the house was extended by the breakfast-room and two bedrooms with private bathroom. In 1979 the house was again renovated, enlarged by an additional floor and all rooms got a private bathroom with shower.

The Garni Laura was always a family owned and operated guesthouse. Maria prepared the breakfast and dedicated herself to the guests, while Severino cleaned the rooms, carried the suitcases, shoveled snow, or worked as a carpenter in his little workshop.

With the start of the winter season 2012 the management was given to the granddaughter Daniela Clara who runs the guesthouse with her family according to the principles of her grandparents Maria and Severino. 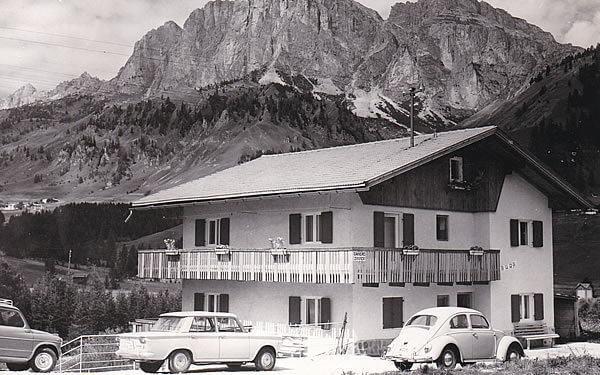 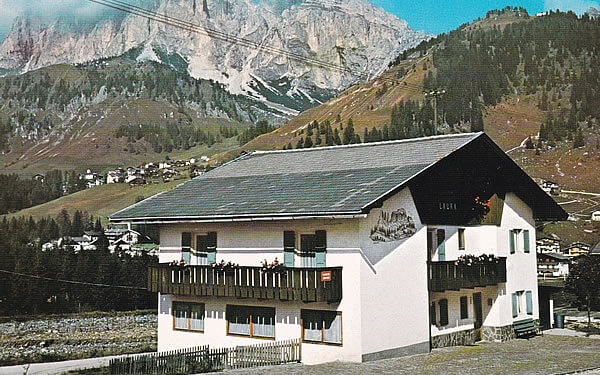 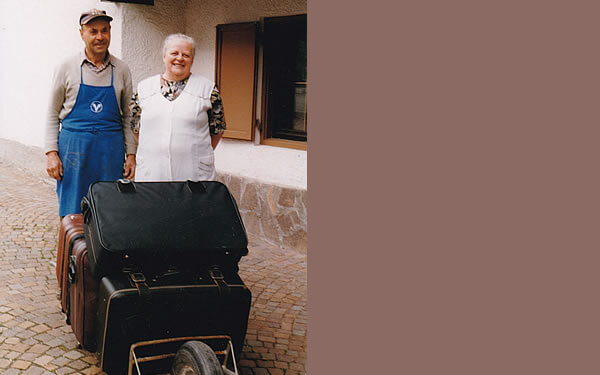